Ideagasm. What goes through your mind when you hear that word? It’s so…risqué, raunchy and all those adjectives that denote the oh-so-deliciously-naughty appeal of an orgasm in the brain. Because that’s what it is. You have an idea so profound that your brain involuntarily shudders. Now imagine 10 people having the same surreal experience over bagels and coffee, as they talk about whatever lightbulbs that seem to have flashed in their heads. Pretty exciting, no?

The whole idea of an ideagasm (at least in my experience) has always been to see and hear what other people think, especially to the provocation of the day. It gets loud, it is unstructured, and it’s 2 hours of pure unadulterated fun.

Provocation by Keguro: I’m amazed by the lack of imagination in this country. Like how we have 50 M-PESA outlets within a radius of…

Natalie: My daughter was asked in school what she wanted to be when she grew up. The answers of from the other children were predictable: lawyers, doctors, engineers. My daughter wants to be a princess. I thought that was highly fresh.

Samuel: What if our laws restrict imagination? Take India for example, they did away with most of these copyright things, refused to ratify treaties, now look at their IT industry. Yes, my daughter wants to be a princess too when she grows up. 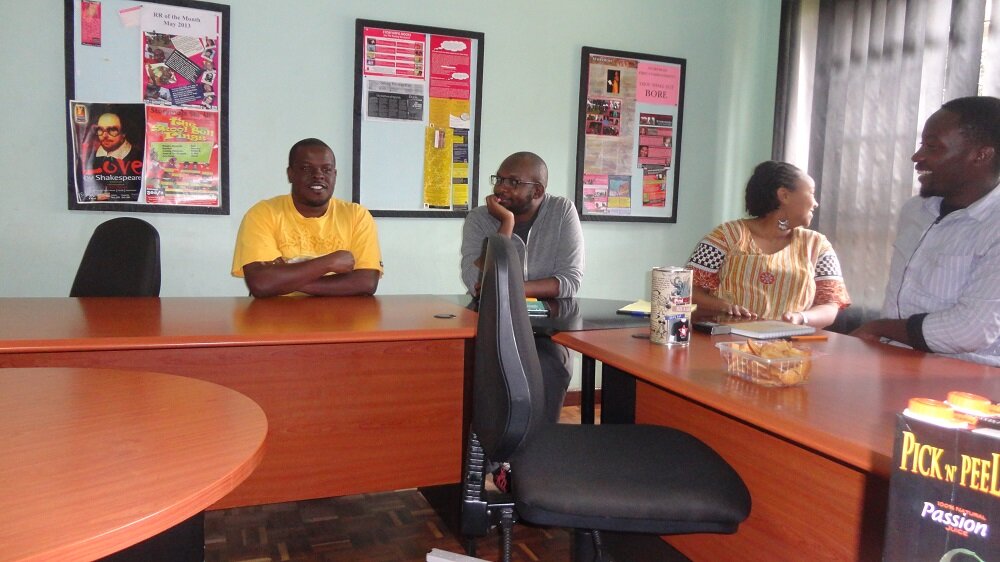 Provocation by Fred: Who are we? Why are we here?

Julie: I’m a writer, and I thought that hanging out with other writers would help me in

Maitha:. I’d like to have  an “aah” moment, where I ask myself, “why haven’t I ever thought of that before?”

Michael O: I’m here to share my ideas, and to learn from others.

Fred: A common thread from most of your answers seems to be diversity, learning and engaging. 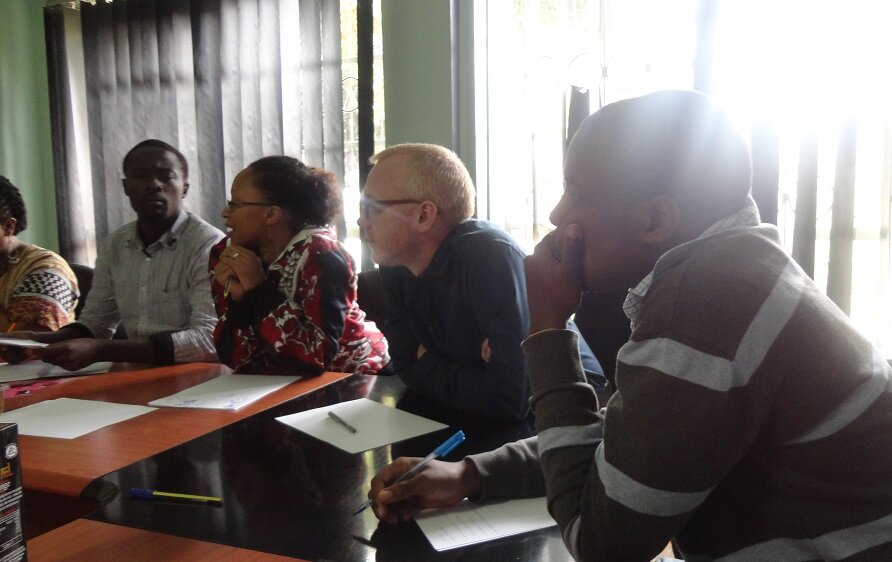 Provocation by Ogutu: How do we ensure that artists get their money? When do the corporate join the bandwagon? How do we get rid of this image that artists are always struggling?

Natalie: But why does it have to be like that?

Ogutu: You see, here, I might be an artist, but it doesn’t pay my bills. I have to have a ‘real’ job. Art is just something I do on the side, because I like it.

Natalie: You aren’t answering me. Why does it have to be that way? Michael here is an electrical engineer, but he quit and did what he does best, writing.

Samuel: I think it’s all to do with Maslow’s hierarchy of needs. Take this story: a man 50 years ago, all he wants is to make it out of poverty, so he goes to school, works hard etc, and makes it. Now the son doesn’t have such hang-ups, because he’s grown up in a relatively well-off place, so he has fewer hang-ups. Take me for example; I’m in IT, because I like it. My daughter wants to be a princess. You see, it’s all about stages of human development.

Fred: But where does leave the artist? Suppose he/she does their art? Do they do it for the audience? Or for themselves? I’m thinking about self-censorship, and inhibiting their creativity, because that’s what sells.

Juliet: I find myself in this situation a lot of times, when I’m doing a write-up, for instance, I have to tailor my work according to the way the employer wants it done.

Ogutu: It all boils down to who pays the piper in the end.

Samuel: In addition to that, I’d mention something about corporates getting into the arts. They naturally follow where the money goes, and it goes to what I said earlier. If we’re at that level, of not struggling to pay bills, and get to a point where we can go to galleries, festivals and the like because we love it, corporates will naturally follow and wants to be associated with it, purchasing power etc, but that’s a work in progress, and hopefully, we’ll get there. Provocation by Keguro: Which brings me to a question, which comes first, writing or experience?

Michael O: Suppose I dream about zombies, or something, then I write about it, will I have experienced my dream? I mean, this dimension is really tricky to explore.

Michael L: I’d look at it from this angle. Everyone has their own story to tell. It’s like a potter being given a block of clay. He may make a pot, or a sculpture, or something different, but ther’s something in common: he started with a block of clay.

After the main Ideagasm session, there’s usually a break-off. People may leave at their own pleasure, last time was Scrabble, and a new phrase for defeat was coined: posterior prodding (because there were children involved, and it’s impolite to say ass-whooping out loud). Usually people just hang out, catch up (for those who know each other), and for those who don’t, a chance to know each other a bit more…intimately (wrong word, I know), because Ideagasms are loud, and most people don’t get a chance to chip in.

I had loads of fun, learnt a lot (obviously), met a bunch of really cool people, and I’m hoping to collaborate with them on future projects. What more could I ask for?